Wildlife of the Galapagos Islands 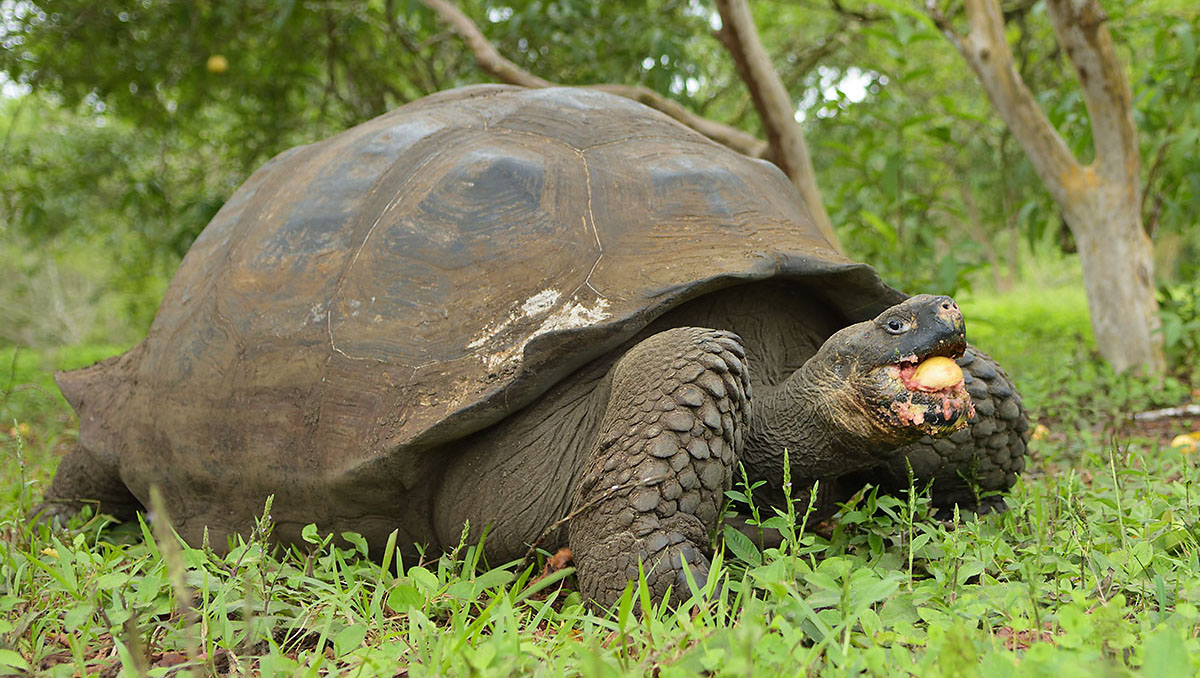 Like most people visiting the Galapagos Islands, I arrived at Isla Baltra airport and was then transfered by bus to the main town of Puerto Ayora on Santa Cruz, the most populated island with over 12,000 residents in addition to a large tourist population.


Puerto Ayora is a typical tourist town with a range of cafes, shops and accommodation but even so it's easy to find marine iguanas, sea lions, pelicans and many other birds around the town and harbour. My trip was due to start with a five-day cruise of the islands, but first we paid a visit to the Santa Cruz highlands where there is a thriving population of the impressive galapagos giant tortoises.


Most of the islands have their own distinct population of tortoises, each of which is treated as a separate species. The Santa Cruz animals are refered to as the Indefatigable Island Tortoise (Chelonoidis porteri) and they roam freely around the centre of the island browsing the vegetation, eating fallen fruit and cooling off by mud-bathing. 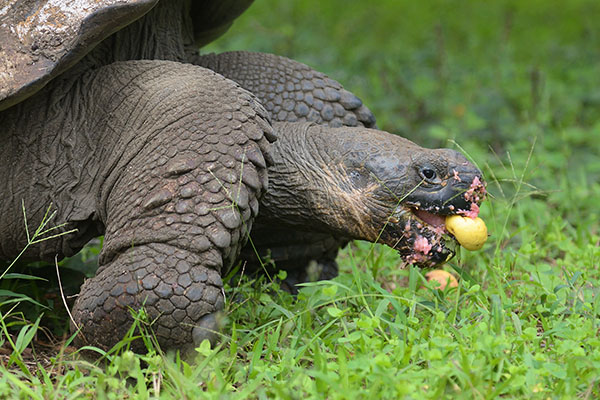 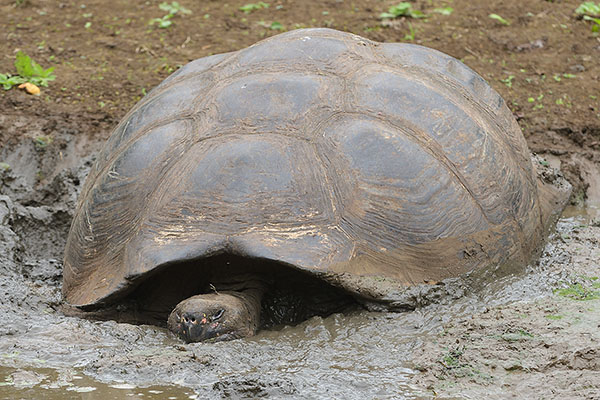 Distances between the islands are quite large and it generally takes several hours to sail from one to another which the cruise boats do mainly overnight.... so when I woke the next morning I found we'd arrived alongside Isabella, the biggest island in the archpeligo.


I turned down the excursions on offer and spent the day wandering the coast on my own photographing marine iguanas (including hundreds of tiny hatchlings), brightly coloured Sally Lightfoot crabs and the rarest gull in the world, the noisy Lava Gull. 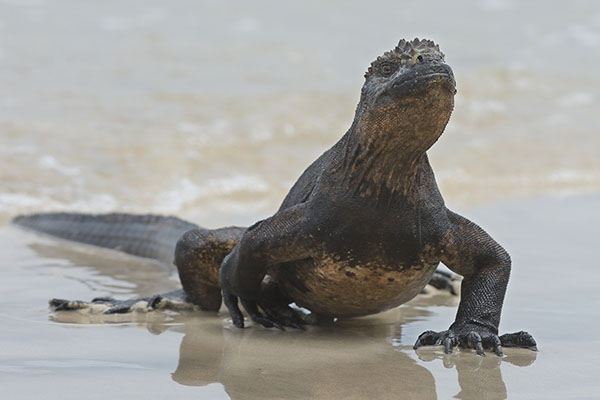 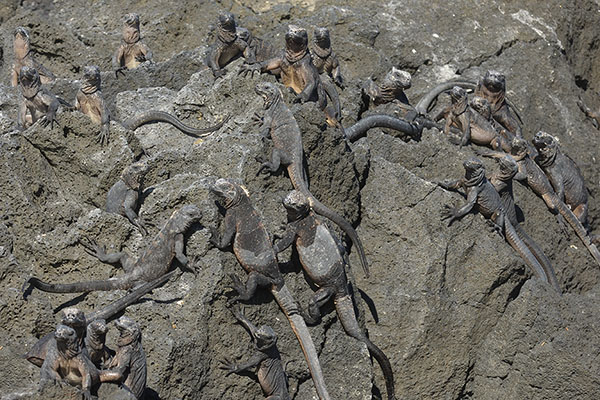 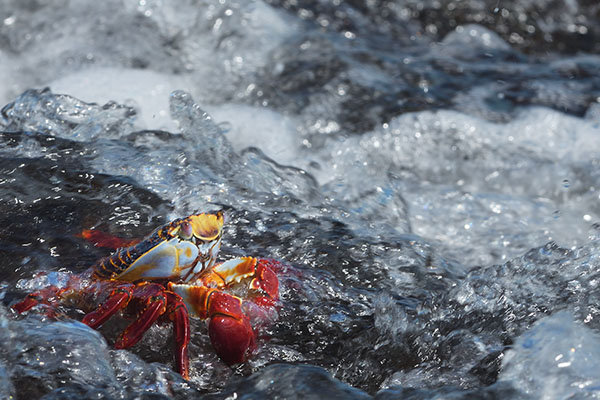 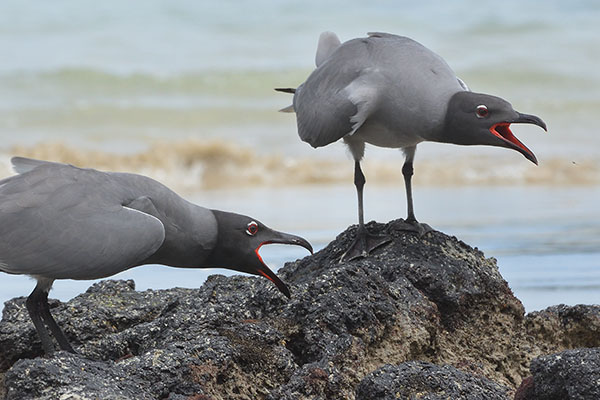 
The next couple of days were spent sailing right around Isabella and past Fernandina both of which are wild, windswept islands with very little human presence but teeming with wildlife. The days were puncutated with exploratory trips and snorkling sessions taking us right up close to the strangely unconcerned penguins, sea lions, iguanas and other animals.


We also saw several whales in the channel between Isabella and Fernandina including a huge Fin Whale and a disturbing close encounter with a large Killer Whale which had caught a turtle, bitten its legs off and was swimming around playing with the corpse, balancing it on his back, taunting the frigatebirds and petrols. 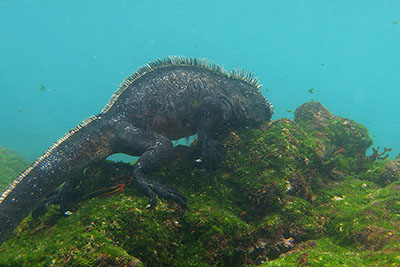 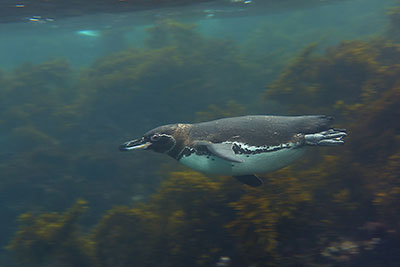 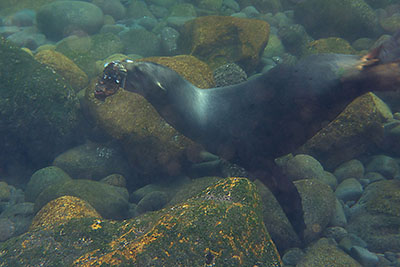 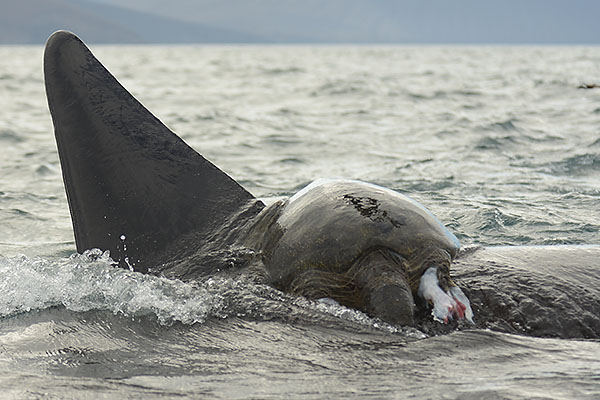 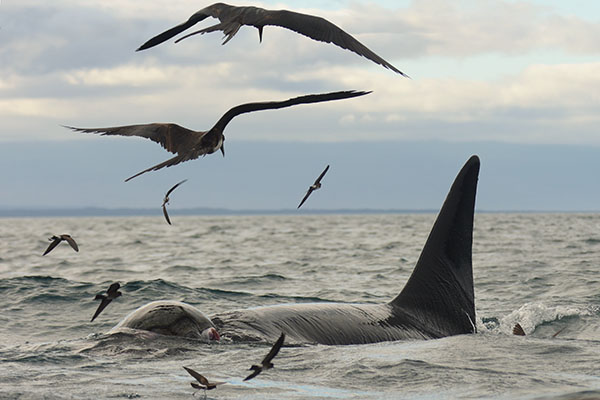 We finished the cruise with visits to San Salvador and North Seymour islands with more sea lions, land iguanas and nesting frigatebirds, the males displaying their inflated bright red chests.


The cruise was a good way to see a wide variety of different wildlife, but I'd given myself three spare days at the the end so I could do some exploring in my own time.


I chose to visit two new islands. Firstly a day trip to wild, desolate Espanola, the most southerly island... home to rare gulls and the endangered Galapagos Albatrosses.


The rest of my stay was spent on San Cristobal, the second most populated island but a pleasant relaxed place to take my time photographing sea lions and boobies. 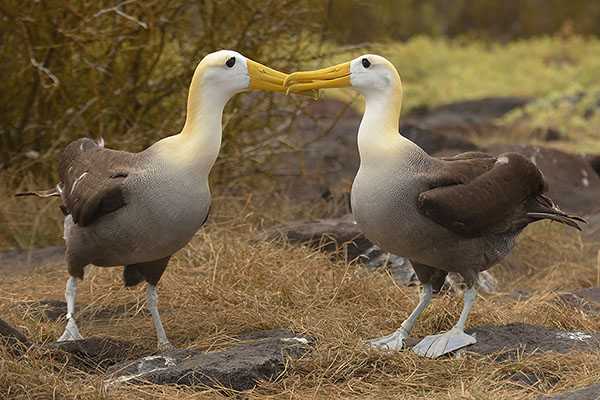 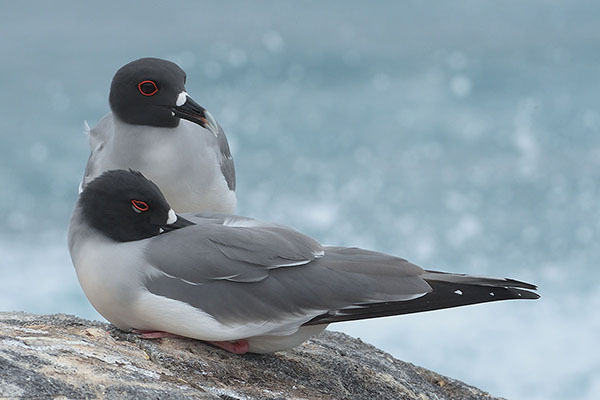 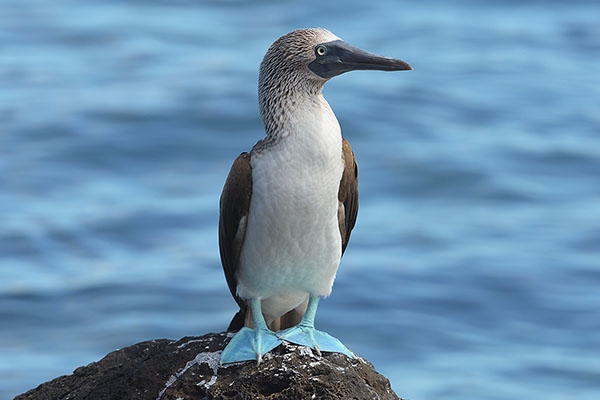 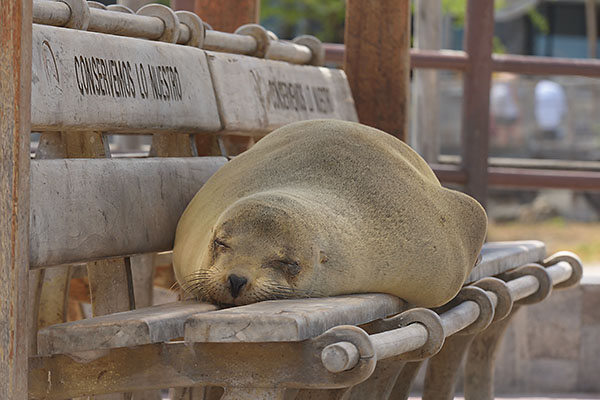 and a Galapagos Sea Lion (Zalophus wollebaeki) relaxing on a park bench.


The Galapagos Islands is a magical place which at least for the moment is managing to preserve its unique wildlife and habitats despite the huge number of visitors... long may it continue.