Snub-nosed Monkies get their name from the strange nose with forward-facing nostrils. There are four species, all of which live in asia and are threatened with extinction. The Black Snub-nosed Monkey (Rhinopithecus bieti) is only found in Yunan Province in the south-west of China where there are less than 1800 left in the wild. They live at the highest altitude of any primates and a large part of their diet is made up of lichens which grow in the mountain forests. 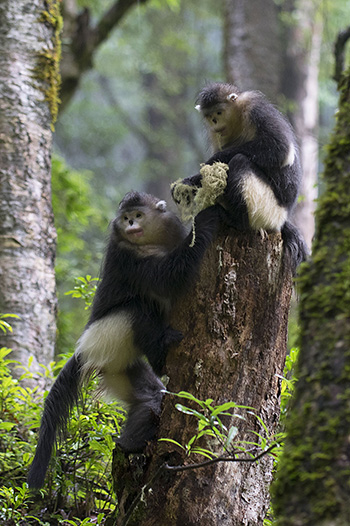 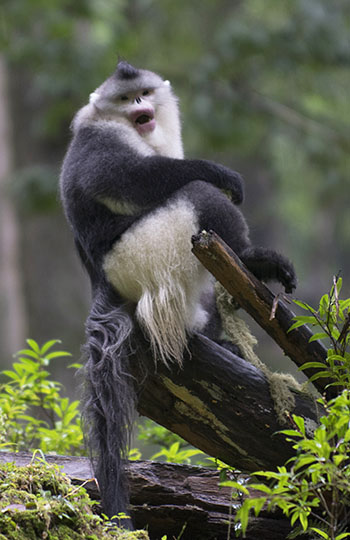 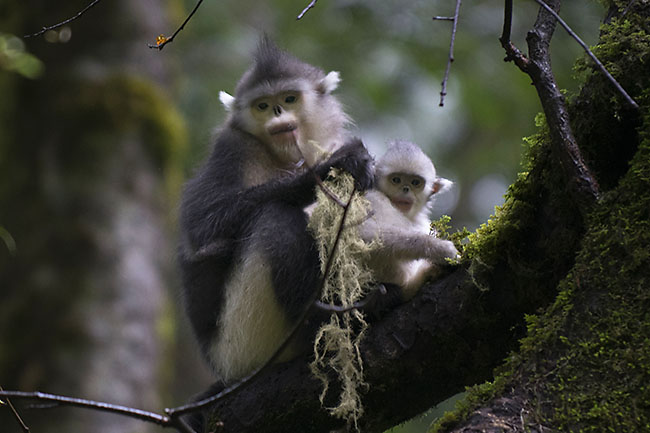 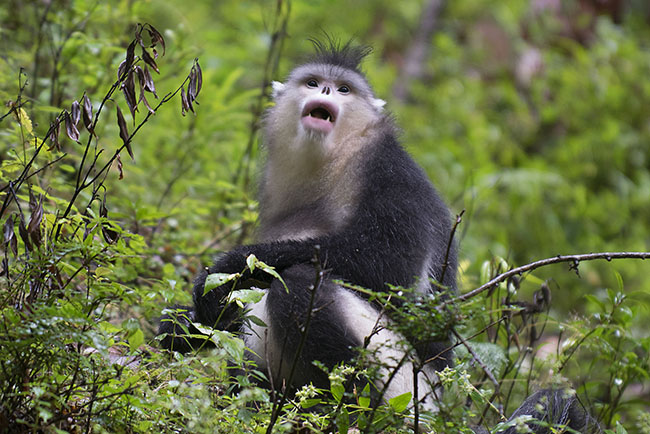 Young monkey foraging in the undergrowth 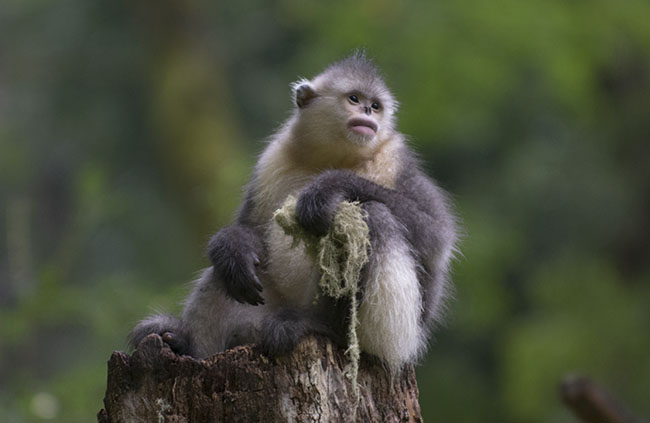