Wildlife of the Ethiopian Highlands 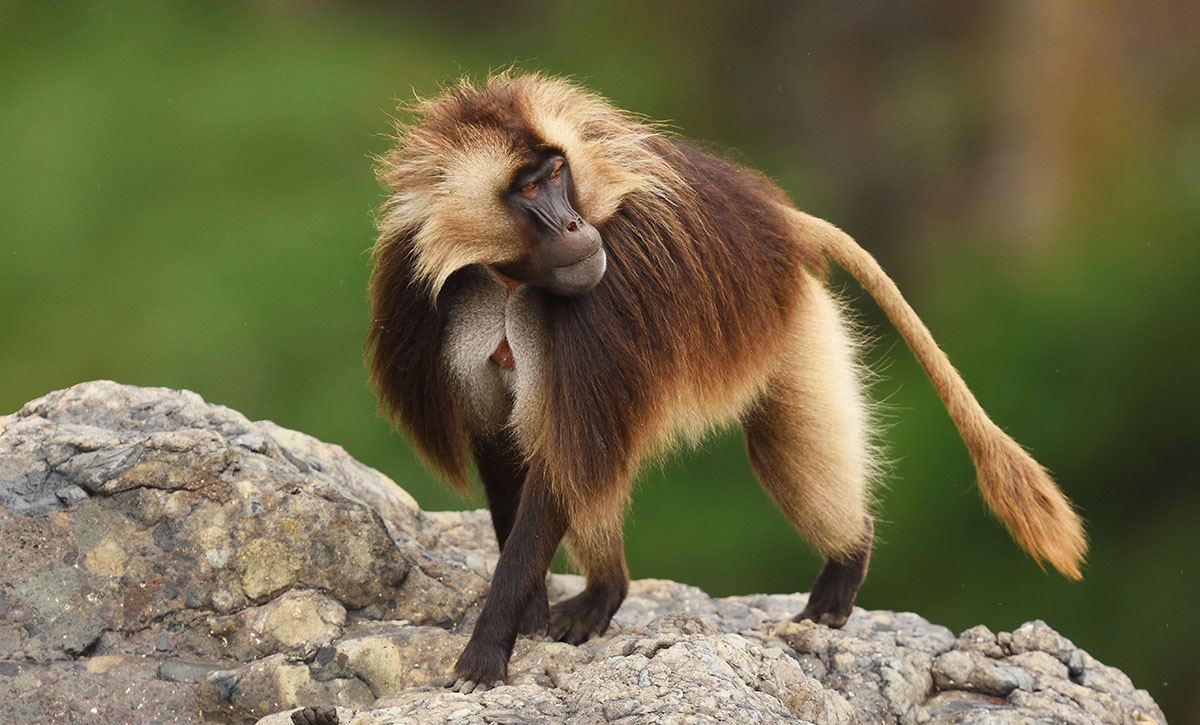 
My trip to Ethiopia began with seven hours at Addis Ababa airport arguing with officials and filling in a multitude of forms to try and get my camera equipment into the country... but eventually around midday I was on my way towards Debre Lebanos gorge in search of the enigmatic Gelada Baboon. Despite the delayed start I had a great few hours with these superb animals... click here for more photos and a report on the baboons. 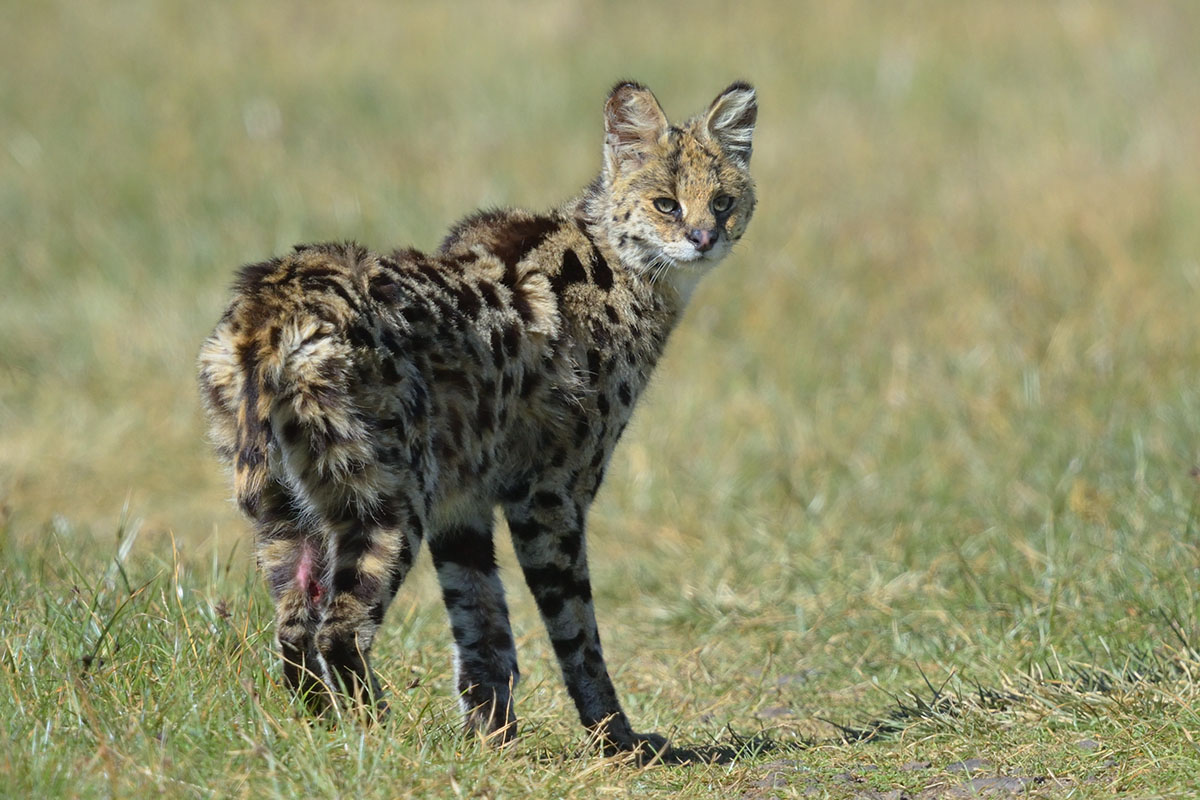 The next morning a seven-hour drive on more treacherous Ethiopian roads brought us to our forest camp in the beautiful Bale Mountains. There was just time for a brief walk in the forest which revealed a small herd of Mountain Nyala as well as Warthog, Bushbuck and Bohor Reedbuck then back for dinner cooked on the campfire serenaded by Hyenas padding about just out of reach of the firelight.

By daybreak the Hyenas had melted back into the forest and we set out for the nearby Gaysay grasslands, teeming with birds and more Nyala, Reedbuck and several Common Duiker. The highlight though was a beautiful little Serval which appeared out of the long grass and strolled calmly along infront of us searching for rodents. A fruitful morning... next stop the high plateau.

The 4x4 deposited us beside a beautiful stream in the wilderness and we pitched tent surrounded by Giant Mole-rats peering out of their burrows at the new intruders. 3500 meters above sea-level and a two-day hike from the nearest civilization wtih Steppe Eagles circling overhead and endangered Ethiopian Wolves wandering past the tent... it doesn't get any better than this!

We were never really alone though with a small group of scientists in a hut half a kilometer away and sadly like all Ethiopian national parks domestic cattle everywhere. With serious over-grazing as well as domestic cats and dogs roaming freely, the future of this wonderful wilderness is far from secure. Click here for more photos and a report on the Ethiopian Wolves. 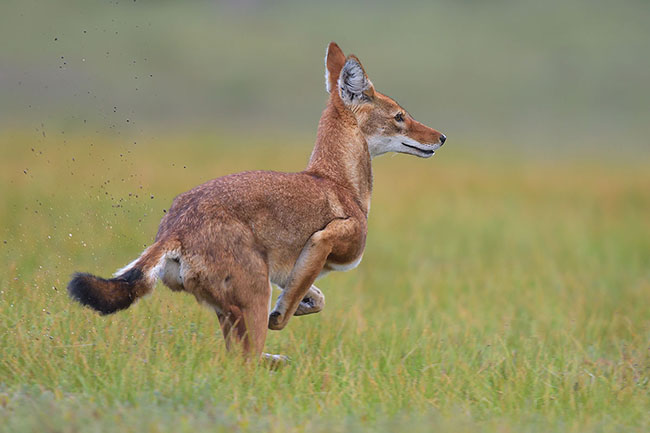 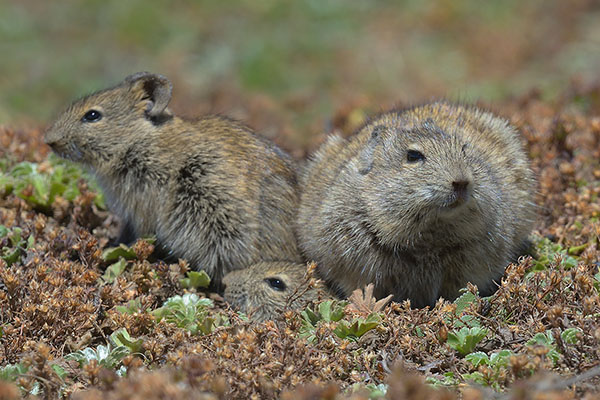 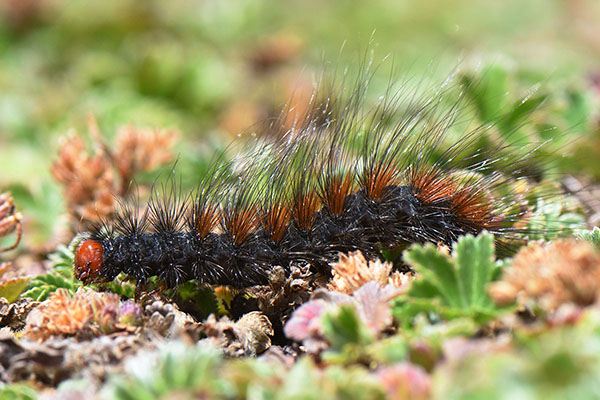 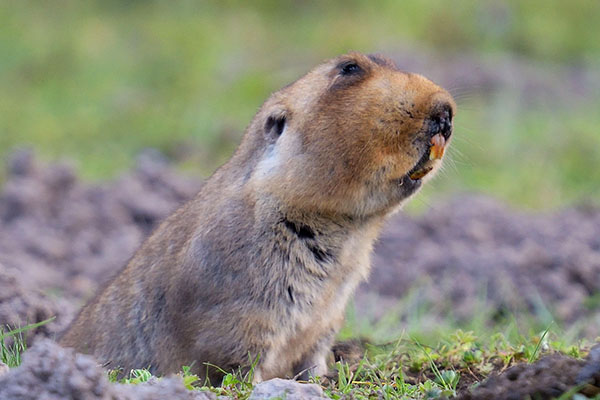 Giant Mole-rat (Spalax giganteus) peering out of its burrow

After two excellent days trekking across the plateau, photographing wolves, cranes, rodents and eagles the 4x4 returned and sadly it was time to leave. Still on the high plateau we headed for nearby Sanetti only to find it shrouded in thick cloud. We did manage some nice views of several endemic Ethiopian Highland Hares though.

From Sanetti we headed down into the Harenna Forest which was really more of a wooded pasture... once again teeming with local people and their cattle. Bird and insect life was plentiful though as well as a charming troop of the rare Bale Monkeys cavorting in the tree-tops. 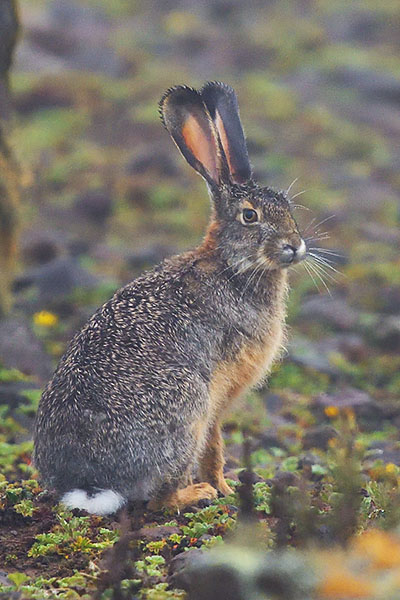 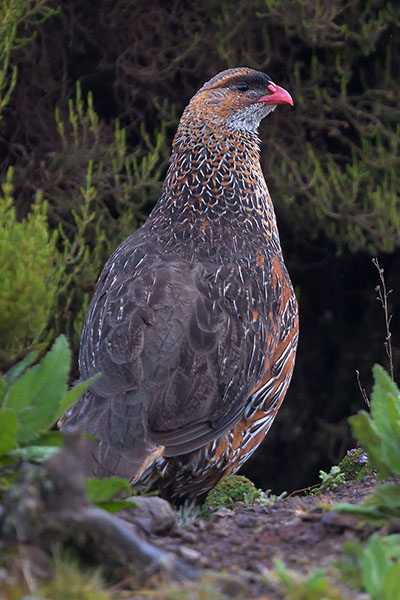 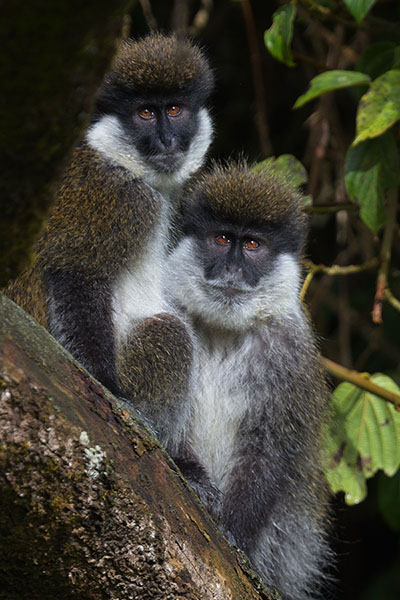 To complete my brief taste of Ethiopia I headed north for one night in the lowlands of Awash National Park. Again crowded with local people and their domestic cattle, native mammals were difficult to find but I did manage to spot some nice Salt's Dik-dik and a large troop of Hamadryas Baboons before returning to Addis Ababa.

Ethiopia certainly faces plenty of challenges in terms of wildlife conservation and it's far from being an easy place to travel. However if you're prepared to battle customs, roads and the ubiquitous domestic livestock there is some great endemic wildlife to be seen, particularly in the highlands. My guide on the plateau was Awol Sultan (awelsultan310@gmail.com) and I'd strongly recommend him for birding or general photography. My whole trip was arranged through Ayuba of Bale Mountains Eco Tours (balemountainsecotours@gmail.com) and if you're looking for a low cost tour with plenty of excitment and great wildlife he'll certainly provide it.