3500 meters above sea level and one-and-a-half hours in a 4x4 from the nearest civilization, the Ethiopian Wolf's remaining strongholds in the Bale Mountains are as remote as they are beautiful.


With only the occasional nomadic herder and a few scientists in the next valley for company we put up our tents beside a clear-running mountain stream surrounded by mole-rat burrows... and within half-an-hour the first wolf wandered past.


I immediately set off, stalking it for about an hour and gradually working myself into a position where it would have to pass within a few meters of me. It arrived dead on time but spotted me and I just managed to get a shot off as it raced away through the wet grass. 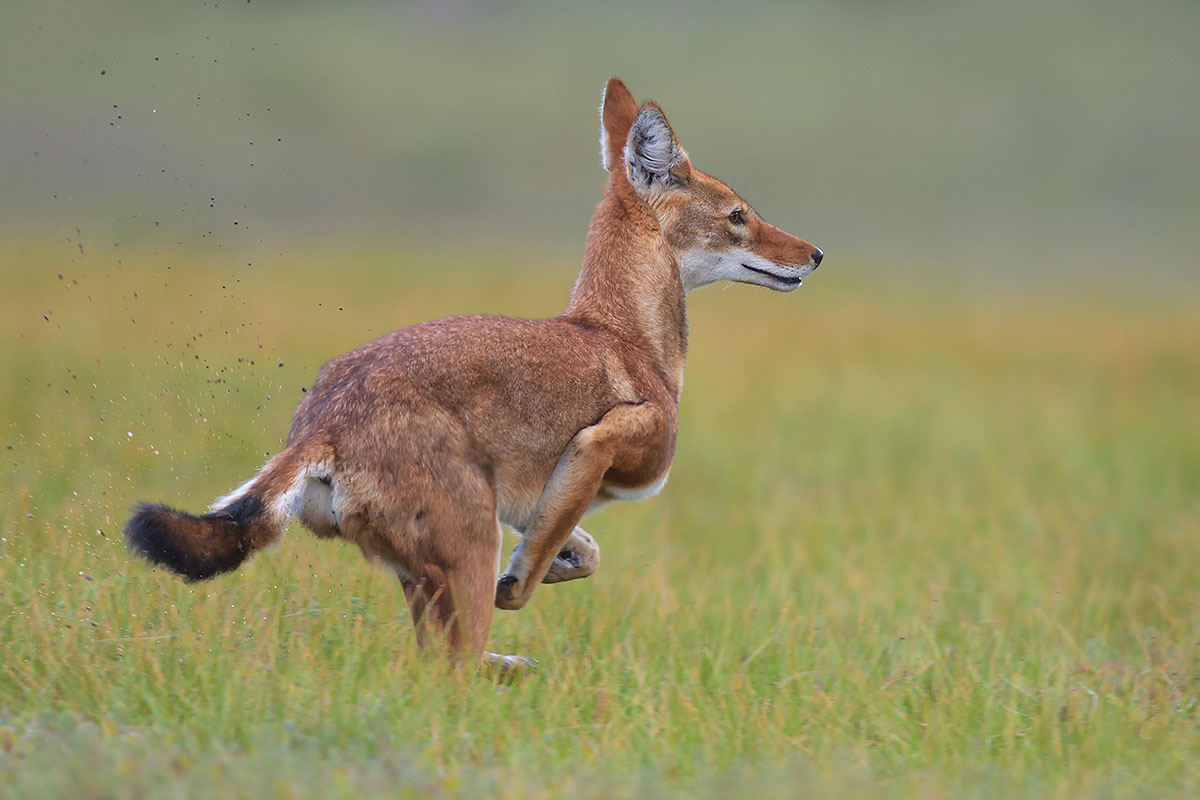 Unlike their pack-hunting Grey Wolf cousins, the slim, elegent Ethiopian Wolves feed mainly on rodents which they hunt alone. The pack sleep together, patrol their territory for an hour-or-so and then split up to spend the day feeding alone before meeting up again as night starts to fall. October is the start of the mating season.


Their favoured food is Giant Mole-rats but they also hunt the abundant grass-rats which share the plateau and like most canines will take other opportunities if they arise... though a pair of endangered Wattled Cranes were clearly a bit too much of a hand-full. 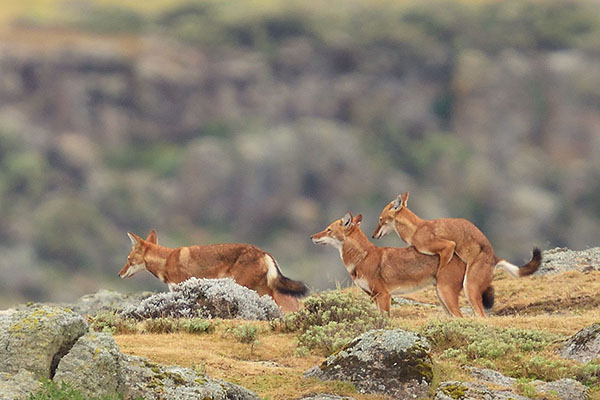 Faced down by a pair of angry Wattled Cranes


Unfortunately, despite their remote wilderness habitat the future for Ethiopian Wolves is far from secure. Everywhere I went in the Bale Mountains there were domestic cattle and the National Park is steadily shrinking as more and more people move in, planting crops and reducing the land available for the wolves and their prey.


As well as bringing their cattle the herders bring domestic cats which kill the rodents... and worse still domestic dogs which interbreed with the wolves. The biggest threat to the future of the species is probably hybridization and there's no likelihood of any solution to that in the near future. 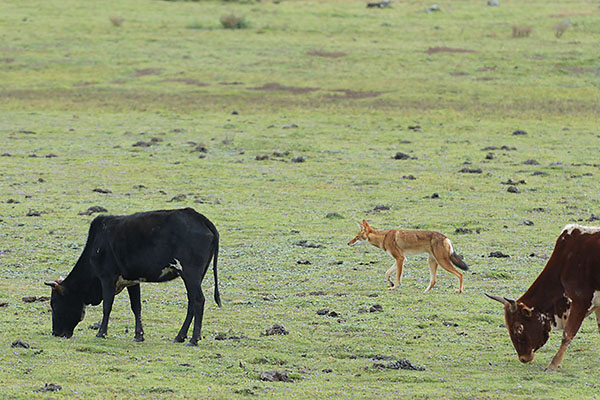 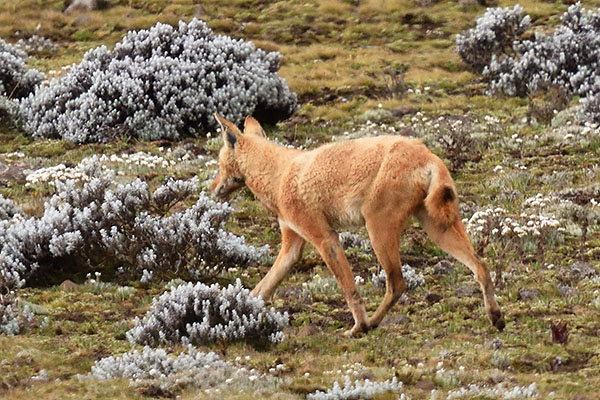 Sharing home with the cattle

The pack surveying its territory in the early morning