After picking up the hire car my first stop was just a few miles from the airport at the village of Tsurui in weather alternating between blizzard and bright sunshine! The village is famous for it's work to protect the highly endangered Red-crowned Crane, including providing food for them in winter.


There are less than 3,000 left in the world and around 1000 of these are resident in this region of Hokkaido. At the time of my visit they were just starting their courtship... periodically errupting into loud, raucous calls and dancing frenetically. 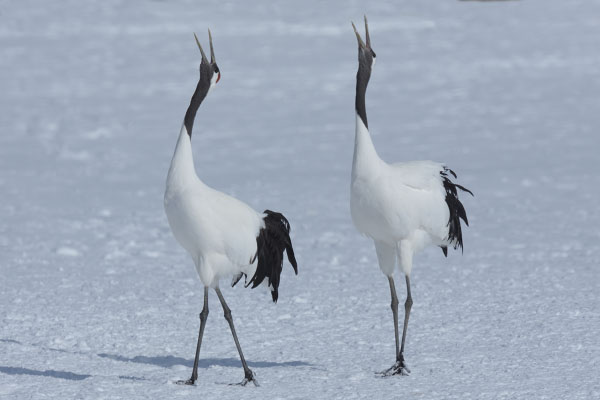 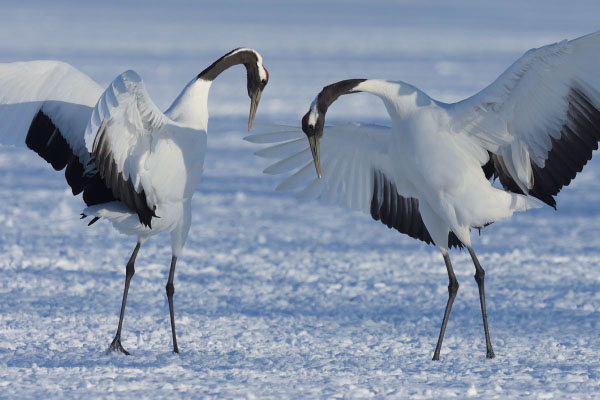 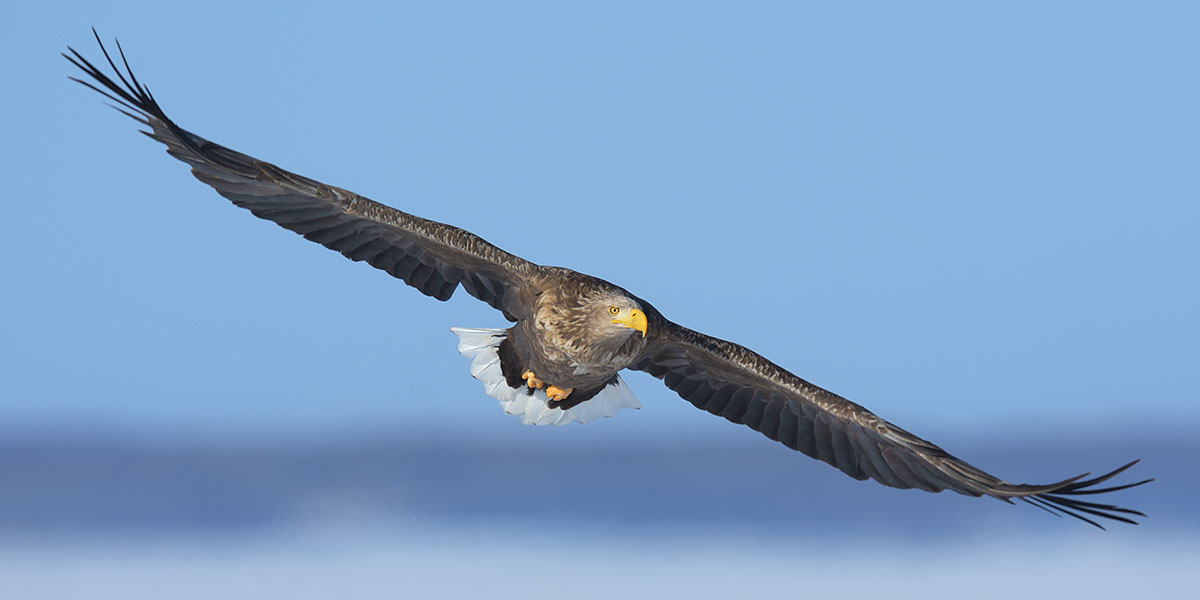 
From Tsurui I set off before dawn for the three hour drive to Lake Furen on the Kiritappu Peninsula. A thick blanket of overnight snow lay across the country, but the snow-ploughs had been up before me and the roads were clear as the sun rose on a bright clear day.


Lake Furen is frozen at this time of year and the locals put fish out on the ice each morning for a host of White-tailed and Stella's Sea Eagles to come and gorge themselves, nervously watched by the Sika Deer browsing in nearby woodland. 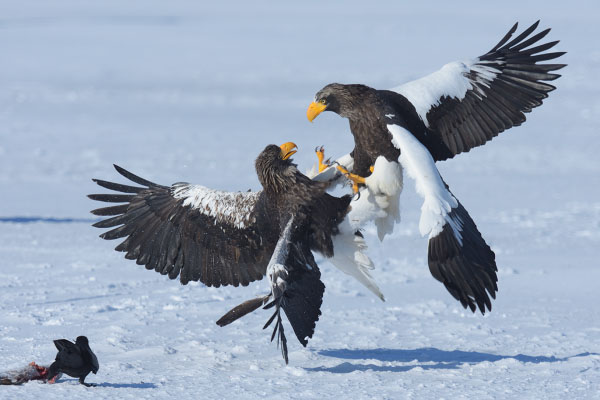 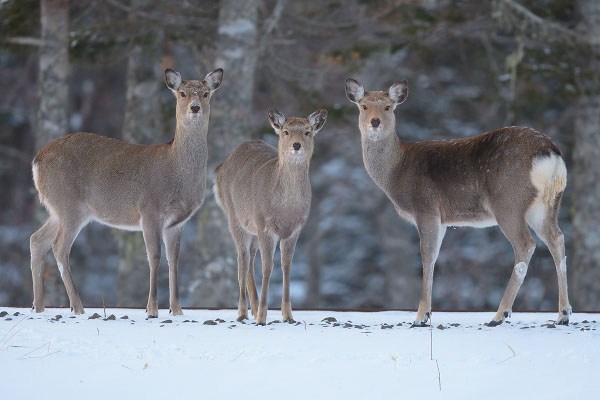 
The next day after an enjoyable few hours photographing eagles squabbling over fish I headed north along the coast road towards the Shiretoko Peninsula and the town of Rausu. Here again the locals feed the eagles with fish, but this time throwing them from a boat out at sea watched by sea ducks such as Harlequin Duck and Scoter.


The other reason for visiting Rausu is the presence of the world's largest owl, the enormous Blakiston's Fish Owl. Once again the locals have made a big effort to conserve this impressive bird through both education and putting live fish out for them in a pool in the local stream. 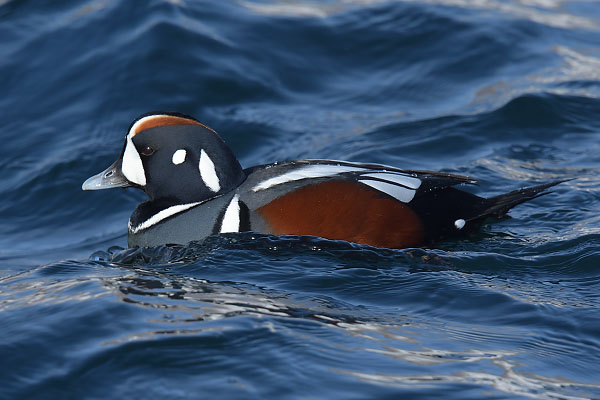 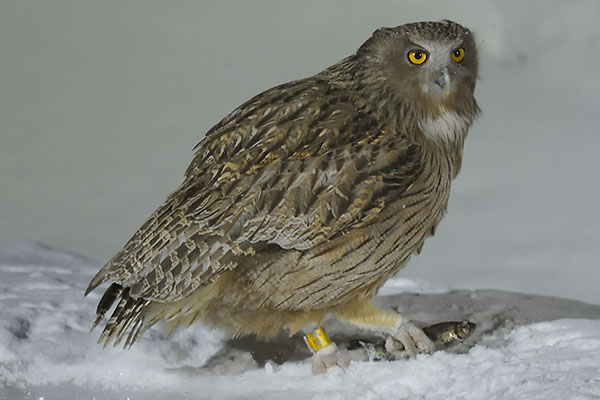 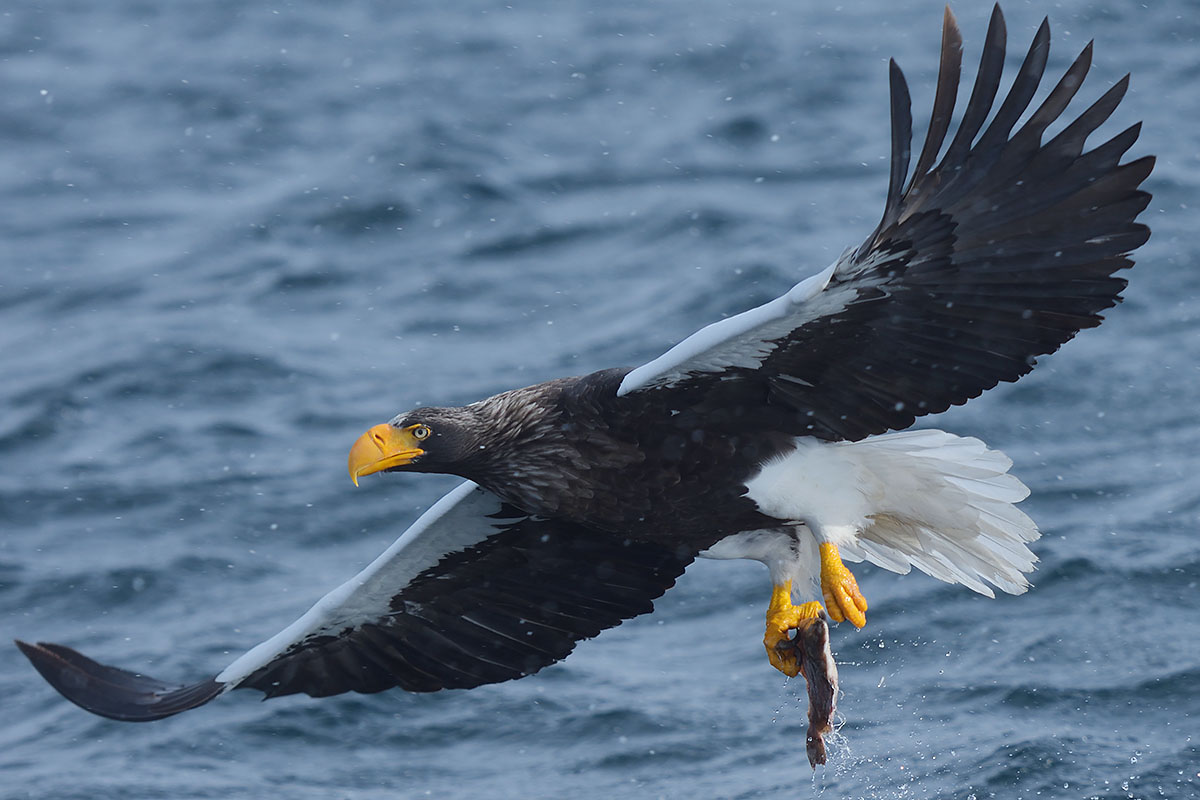 
My final leg of my trip involved heading back inland through winding snow-covered lanes to Lake Kussharo. With temeratures well below zero most fresh water in Hokkaido is frozen at this time of year, but the natural hot springs that feed into Lake Kussharo keep patches of water clear all year round, attacting large flocks of Whooper Swans in the winter.


My lodge was located on the edge of a small spring fed by another hot spring where more Blakiston's Fish Owls feed as well Crested Kingfisher, Solitary Snipe and a host of small birds attracted to the food put out by the hotel staff. A family of Sable have also taken up residence beneath the building, sneaking out periodically to help themselves to the bird's left-overs. 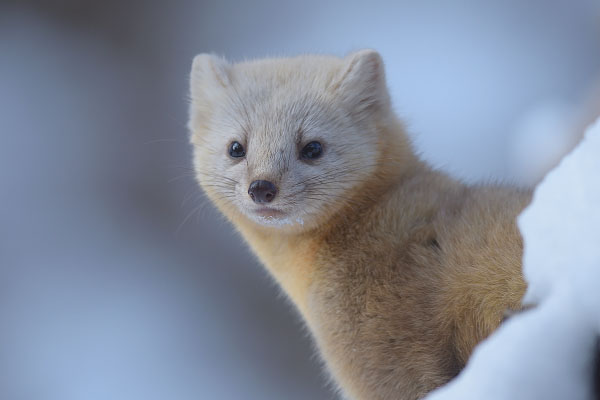 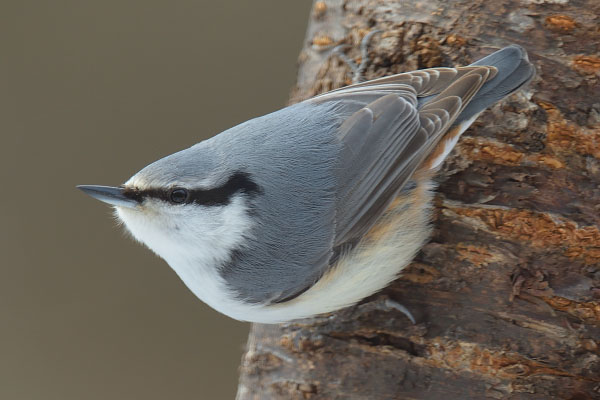 My visit ended with a picturesque drive through snow-covered mountains back to the airport stopping off for a few more shots of the cranes on the way.

Thanks very much to Nigel Moorhouse of JapanBirding (http://www.japanbirding.com/default.aspx) for arranging my trip. Nigel booked everything for me including the car and provided detailed information on the best sites, species to look out for and routes to take. The organisation was impecable, everything went smoothly and I was able to see an impressive range of wildlife in a short space of time at a very reasonable price. I'd strongly recommend Nigel and JapanBirding to anyone who wants to explore the wildlife of Japan but doesn't speak the language. 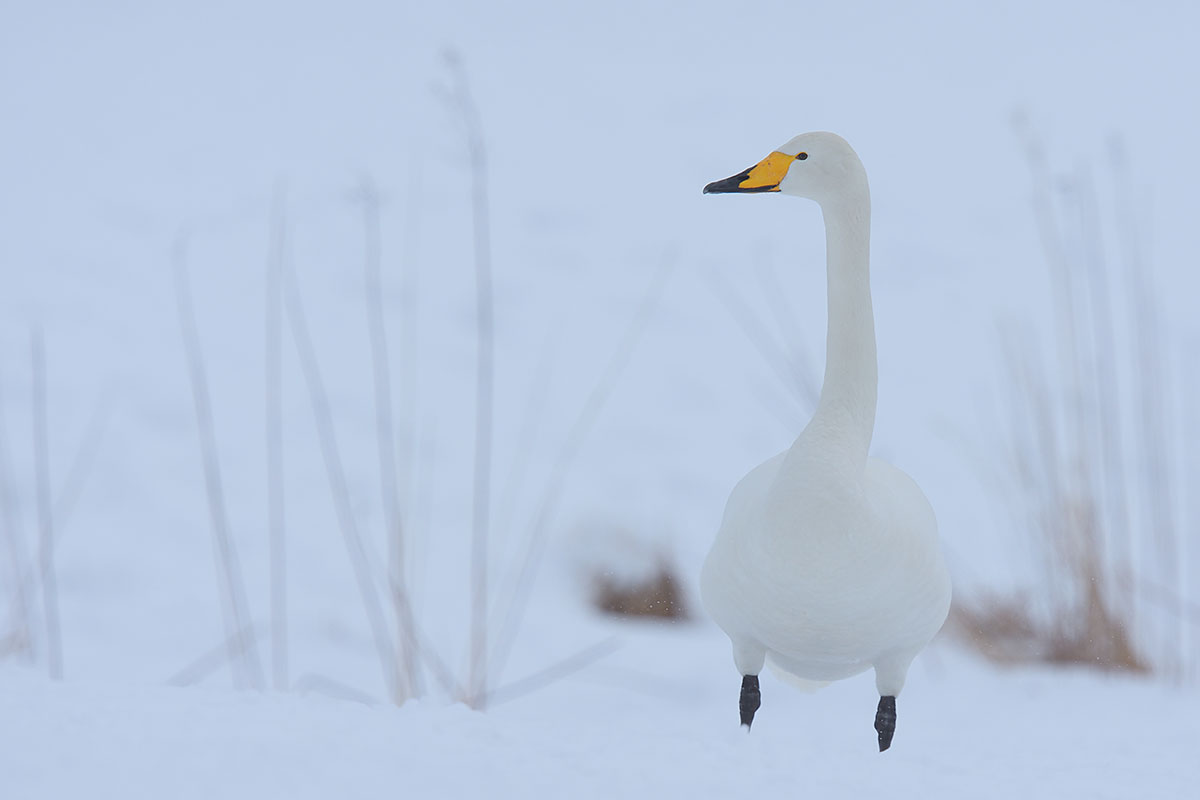